Standing disk-shield, with pointed bottom part; with a blue background, on a green hill, riding to the right on a silver horse with a black quilt is St. Jakab (James), facing, in silvery clothing; his cloak flies behind him; holding the kantár with his left hand while his right arm is raised, holding a sword across the scene; wears sandals.

The history of the village goes back to the end of the 9th century.
Acording to Korabinszky "Nysa" or "Nesza" is a Nógrád county settlement,inhabited mostly with catholocs, its fieds are rich.

The earliest known charts about Nézsa says its landlords around the 14-15th centuries are the Nézsa (de Nysa) family. Due to the disloyalty of László (Ladislav) Nézsai, King Mátyás (Mathias) confiscated his lands and gives these to János (John) Rozgonyi chamberlain and Rajnald "székelyispán" (appointed leader of the residents of Transylvania, appointed by the noble of the royal court; he is the only leader of them who is not a resident of Transylvania but is accepted by the residents) in 1467; then in 1474 gives them to György (George) Parlagi.

At the beginning of the 17th century its landlord is Tamás (Thomas) Bosnyák head captain of Fülek. After his death in 1631 his widow Kata (Kate) Zádory is the landlady. In 1635 their son, István (Stephen) Bosnyák, canon of Esztergom takes over.
By the end of the 17th century the village becomes deserted. The first data on the revived village is dated from 1700. A privilege chart - dated May 11, 1702 - states it ia an old "kurális" (i.e. a village that has a manor) settlement.

In the 18th century the landlords are the Motesitzky, the Bossányi, the Sándor and the Klobusitzky families.
In 1794 7/12th of Nézsa goes from count József (Joseph) Klobusitzky to Albert Herceg who later, in 1802 sold it to Ferenc (Frank) Szentiványi. From 1807 it belongs entirely to the Szentiványi family. Its landlords are Ferenc (Frank) Szentiványi and his son, Bonaventura royal and imperial chamberer; after his death in 1811 his widow Apollonia Szirmai takes over.
Later landlords are Mátyás (Mathias) Edelspacher and wife Anna Blaskovich then Ferenc Szentiványi. At the end of the 19th century it is the property of the Blaskovich family.

In 1908 it is bought by József Reviczky and he gives it to his son, Tibor Reviczky as wedding-present. Tibor Reviczky dies in 1924, thus the landlord's rights go to his brother, József (Joseph) Reviczky and sister baron Melánia (Melany) Durneiss-Reviczky, untill 1945, that is till the end of World War II.

Three lengthways stripes of equal width, the colors are blue, white, green. The Shield of Nézsa can be placed into the upper third.

On the cemetery-hill - where the old village used to be - stood an ancient gothic church, built from carved stones and was quite spacy. 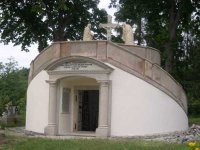 There were crosses painted on the walls; its triumphal arch had the example of the wise and silly virgins painted on. Tradition says it was a monastery of the Pálos monks (The only surviving order of monks founded by Hungarians) and was distroyed during the Turkish times, together with the old village.

Today on the cemetery hill is the St Anna chapel; erected by the widow of Bonaventúra Szentiványi, Apollónia Szirmai. On the chapel's roof there is a Golgota scene Lőrinc (Lawrence) Dunaiszky.

The St James church is dated from the 16th century.
In 1700 it was refurbished from donations of the congregation, then in the 1760s with the help of István Klobusitzky a tower is added. In 1799 it was rebuilt and extended.
In 1934 there followed another extension and a new tower was also built. A complete renovation of the inside and the outside facade took place in 1998.

Its parish functioned already in 1575; the first remaining register of births marriages and deaths is dated from 1714.

The manor in the centre of the village was built by István Klobusitzky in the 1740s. In 1896 Miklós Blaskovich added a storey and two tower-rooms.
The manor had a 10ha English style park.
This park and the manor - it houses the primary school - is still a gem in the village.

The local parish has the neighboring Keszeg and Alsópetény as filias.

Traditionally, most people find their jobs in the near major city Vác and also in Budapest, they commute daily, as there are only a few local job opportunities. Traditional work is growing wines and other berries (raspberries, redcurrants).

The surrounding landscape offers destinations for hikers and nature-lovers, these can contribute to the development of tourism as well. One of these places is the landmark of the village, the Vas (Iron) hill (358,3 m) which offers beautiful views on the surrounding hills as well as on more distant mountains when the air is clean. Even the Budapest fireworks on August 20 can be enjoined from the hilltop. Next to it is the Vár (Castle) hill of Csővár with some ruins on it.

Another place that worths a visit is the Kő (Stone) hill to the north, it also has a heart-shaped small lake. 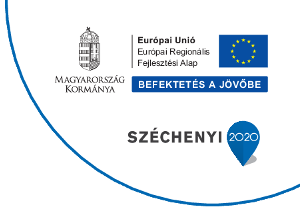